the moment you've all been waiting for

It's been a while

Loooooove how I said I'd update this and yet here I am, three months later with barely an update lol

To be fair to... myself? I don't have much to update any readers out there on (if there are any readers out there, that is). But my life is basically the same as it was in July except it's cold out now. I tried to make a status cafe to better organize this, but that didn't exactly work out - primarily bc I got lazy and didn't wanna make a second div or span haha. However, I DID promise rambling, so here it goes I guess.

First and foremost, as if though nature is truly healing, the ORIGINAL Blink 182 (y'know, with Tom DeLonge and everything (WHOA!)) came out with a new song and it's actually GOOD. Thank God, bc the last album was rough imo. It felt generic and bland, which is harsh critism coming from me bc I love Blink, been a fan for like 10 years now, and basically thought they could do no harm. Like, I actually liked California (maybe not right away but it definitely grew on me in like two weeks and was the soundtrack of my summer in 2016).

The 1975 came out with a new album, too! It's good, but not something I'm crazy about rn. I really like, "Happiness", "I'm In Love With You", "Looking For Somebody", and "Wintering" (all of which will be on the Music page under Albums).

And while it reminds me of their old stuff and some 90s pop, it defintely has some fresher elements to it like the light orchesteral instruments mixed in. Taking a page out of Weezer's book, eh 1975? It seems to blend really well with the synths and I can dig it, I just need the time tbh. Especially now with Blink taking up my entire brain with their new song, ugh! :P

Anyway, I'll save the remaining rants about tv and whatever else for another time, I suppose. I don't wanna clog up this one post with too many things, after all lol

Here's a picture of my lizard, Sid, to hold you over until my next post (if I remember, that is) 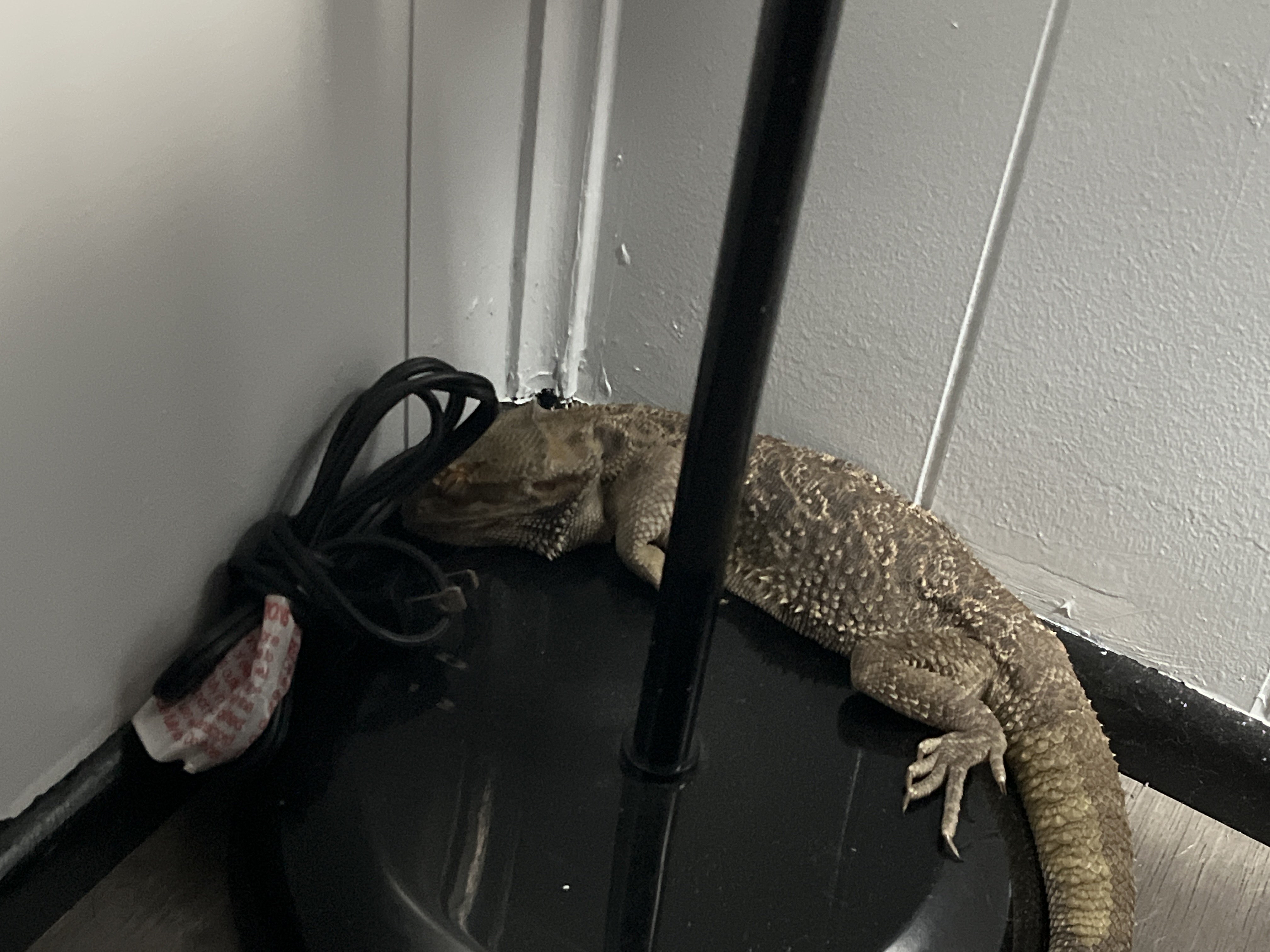 Honestly, this was kinda fun, and it let me get back into coding for the first time in a quite a while. It's really barebones and simple, but it was a good starter exercise. I wanna slowly but surely update it and change its' aesthetics as I see fit, hoping that'll help me grow and increase my skills. I'm going to use this as my regular brain dump where I just talk about stuff on my mind, what music I'm listening to, and whatever else honestly. It probably won't be, but I hope it's interesting!